The leading brands in taxis, alcohol and private jets collaborated to create a once in a lifetime experience for eight lucky Londoners.https://aircharterservice-globalcontent-live.cphostaccess.com/images/usa/news/926680_absolut20and20uber20v2_tcm61-38261.jpg 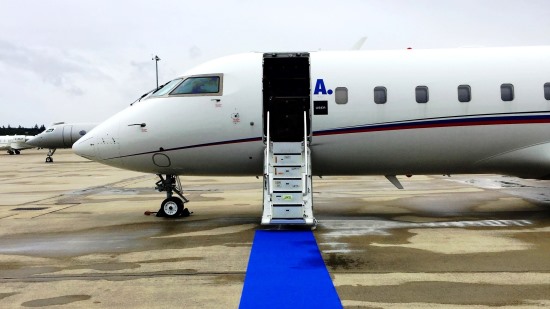 In August of this year the leading brands in taxis, alcohol and private jets collaborated to put together an amazing once in a lifetime experience that meant eight lucky Londoners enjoyed a spontaneous night out in Ibiza.

Users of the popular taxi app, Uber, simply had to enter a promotional code between 09:00 and 09:45 on Friday morning when booking their cab. In the competition, run in conjunction with Absolut Vodka, four lucky winners and their four guests were then randomly chosen and immediately picked up by a cab, rushed to Farnborough Airport and whisked away on private jet, a Challenger 850 chartered by Air Charter Service, to what was, at the time, a mystery location.

The party island of Ibiza was the destination for the lucky eight where, after their private jet experience, they enjoyed a party on a private yacht, with plenty of vodka, before an evening clubbing on the island, and then were flown home a little over 24 hours later. Air Charter Service’s Group Executive Jets Director, Andy Christie, commented: It was billed as an all-expenses paid holiday and ‘the ultimate night out’ and it looks like the lucky winners certainly enjoyed themselves – we were happy to have contributed towards their once in a lifetime trip.