Madrid Airport expected to be ‘busiest in Europe’ this weekend

Madrid Barajas Airport is set to become the busiest airport in Europe this weekend as Liverpool and Tottenham fans fly out en masse for the Champions League Final in the Spanish capital.https://aircharterservice-globalcontent-live.cphostaccess.com/images/usa/news/382583_mad_airport_tcm61-55010.jpg 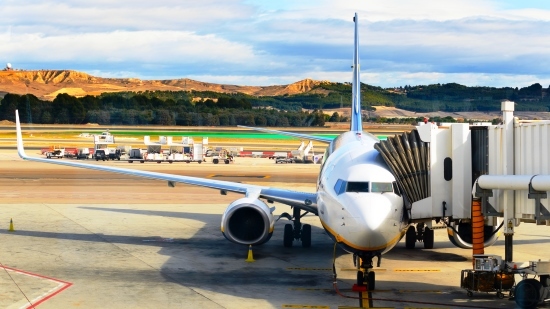 Madrid Barajas Airport is set to become the busiest airport in Europe this weekend as Liverpool and Tottenham fans fly out en masse for the Champions League Final in the Spanish capital.

Air Charter Service’s Commercial Jets Director, Matthew Purton, says that with up to 60,000 fans (many without match tickets) descending on central Spain, Madrid’s main airport will handle more passengers than any other airport in Europe, overtaking London Heathrow. Purton explains: “There are a huge number of airports in or around London and Liverpool, but there are no other international airports within 3 hours driving distance from Madrid. So, for most people intending to be in or near the Wanda Metropolitano stadium on Saturday, flying there directly is the best option.

“We have booked more than 20 charter aircraft to fly Madrid, but started to advise some clients last week to think about avoiding the chaos at the airport and fly into Zaragoza or Valencia instead. Whilst both of those cities are miles away, is it not better to relax on a luxury coach for a few hours rather than go through an airport running above its maximum capacity? Along with many wide-body airliners, we’re also flying a high number of people into Spain on private jets, and not just from the UK – we’ve booked flights to Madrid from Switzerland, France, Italy and even Hungary.”

According to NATS, the UK air-traffic provider, the record for the number of flights using British skies on one day was set to be beaten last Friday (24th May, when the bank holiday, school half-term, Monaco Grand Prix, and Cannes Film Festival were all contributing factors), but NATS believes that there will be up to 800 extra flights from Liverpool, Manchester and airports in the London area to Madrid this weekend. Pressure will be at its highest today, the day before the game, which is likely to be the new busiest day in history for British airspace.