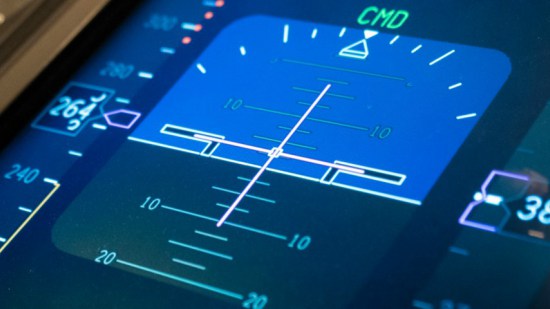 Discover the features, innovation and technology behind the most advanced avionics equipment controlling commercial and private aircraft today.

Discover the features, innovation and technology behind the most advanced avionics equipment controlling commercial and private aircraft today.

Avionics systems – electronic systems used on aircraft, artificial satellites and spacecraft – are designed to be modular, meaning that products from different companies can interface and communicate together for the best flight experience. Recent examples of jets that incorporate modular components include the popular Airbus A380 and the Eclipse 500.

Avionics equipment is produced by a range of suppliers, including Panasonic, Thales Group, Kontron, Garmin and GE Aviation Systems. This healthy competition encourages competitive pricing, market growth and continued innovation in the sector.

Aircraft systems and pilots rely on a plethora of sensors installed throughout the aircraft, including sensors for hydraulic pressure on brakes and flaps; fuel sensors for gauging remaining fuel and potential leaks; and engine sensors to monitor status and temperature. All of these accompany turn-and-slip indicators, altitude gauges and speed dials in the cockpit.

A plane is a complex vehicle and checks must be made to ensure every part is functioning properly before and during a flight. Sensors help to carry out these checks and inform the plane’s other systems of external factors like weather, other aircraft’s flight patterns and turbulence.

Aviation communication allows aircraft pilots to speak with the crew, passengers, ground control and other aircraft within line-of-sight. This invaluable technology uses a low radio frequency range (between 118 and 136 MHz) for long-distance communication, avoiding interference from consumer electronic devices like mobile phones, which typically fall within the 2.4 - 5 GHz range.

Audio panels cost between $800 and $7,000, with more advanced models such as the Garmin GMA 350 offering accurate three-dimensional audio and allowing multiple audio channels to play at once. This system means audio from ground control can simultaneously play alongside information from the cabin crew, with each voice spatially separated to make it easily distinguishable – for instance, one voice might emanate in front of the pilot and the other behind, as if two guests were sitting in the cockpit.

Pilots now use specialised noise-reduction headsets to ensure clear communication with the crew and ground control. The Bose A20 headset, for example, which retails at around $1,000, provides noise isolation strong enough to drown out the sound of a helicopter in flight, plus crystal-clear audio in both its microphone and audio drivers. Aviation headsets also allow pilots to listen to music, which can help reduce stress levels on long flights even in the loudest of cockpits.

High-end navigational systems (also known as GPS or directional gyroscopes) are designed to provide everything a pilot needs to operate a smooth flight with no unexpected complications. Some of the most important and costly avionic systems, they are typically priced from $8,000 to $18,000. Modules such as the GTA 750 feature touchscreens, topographical maps, weather information and details of nearby jets’ flight paths, in addition to traditional navigational features.

An autopilot (or flight director) assists the pilot with flying, providing more accuracy and smoothness than a human can manage alone. This is crucial for high-precision take-offs and landings, when the aircraft needs to be exactly aligned with the runway.

The autopilot is most commonly used as an in-flight control system, helping to correct course deviations caused by turbulence or weather which would otherwise require constant small adjustments by the pilot. Corrections are made using readings from gyroscopes located throughout the plane and integrated through the modular system. Full-feature autopilots such as the Avidyne DFC90 can provide precise flying support for everything from course reversals to circling approaches over the runway. Such a complex instrument commands a high price, with systems costing between $9,000 and $40,000.

In-flight entertainment systems provide services like Wi-Fi, on-demand movies, music and games, delivering specialised tech that’s focused entirely on passengers’ user experience. Handled by rack-mounted servers such as Kontron's Ace Flight 4608, this powerhouse of a machine boasts 32GB of RAM and an eight-core CPU for enhanced multitasking, dual 4G modems for internet access and up to 16TB of solid-state storage. Capable of delivering large quantities of media to hundreds of passengers simultaneously, media servers like this can be paired with an additional server for twice the content distribution potential.

In-flight entertainment systems are notoriously expensive – a 16TB model of the 4608 costs over $10,000 – and this is only a small, albeit key, part of the entertainment system package. In addition to the server, a computer is needed for each seat. Panasonic’s market-leading new eXO system provides each passenger with an HD 12.1” screen, a touchscreen controller and the capability to use a phone or tablet as a second entertainment screen or for media playback.

Modern-day aircraft feature countless systems to ensure flawless functionality. Modular systems such as those reviewed here allow aircraft owners to easily customise jets to have exactly the features they desire. From flight control systems that guide your final descent to a tranquil cockpit experience thanks to noise isolating headphones, there’s a wide selection of systems to choose from.

Discover our wide range of aircraft, many equipped with exciting and innovative modular systems such as these, on our private jet charter page.