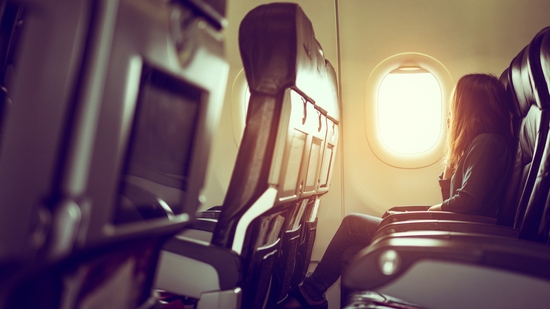 It isn’t your imagination – airplane seats have been shrinking since the eighties. Until now, passengers have tucked in their elbows, squeezed their knees together and grumbled under their breath, but all this might be changing. About time, we say!

How the FAA might be changing commuter comfort standards on flights

It isn’t your imagination – airplane seats have been shrinking since the eighties. Until now, passengers have tucked in their elbows, squeezed their knees together and grumbled under their breath, but all this might be changing. About time, we say!

It isn’t your imagination – a quick look at airline seats through the ages tells us they’ve been shrinking since the eighties, from 34-36 inches during the “Golden Age” of flying to an average 30-33 inches today. Until now, passengers have tucked in their elbows, squeezed their knees together and grumbled under their breath, but all this might be changing. In October 2018, Congress passed the Federal Aviation Administration (FAA) Reauthorization Bill, which directed the FAA to set regulatory standards on seat width and the distance between rows of seats.

United States Senator for New York, Charles E. Schumer, has demanded that the FAA cracks on the downsizing of seats. “The number one travel complaint I get from airline customers in the Capital Region is shrinking seats,” Schumer says. “That’s why I championed the law to combat the sardine-like packing-in of people and why I am demanding the FAA get to work on the plan to rein in the shrinking once and for all.”

FlyersRights.org president Paul Hudson worries about where the shrinking trend leaves passengers. “Over the years, they’ve not only shrunk seat sizes, they’ve reduced the depth of the seat cushion. They’ve shrunk the bathrooms. They’ve shrunk the aisles. With some aisles no wider than 15 inches these days, some passengers have to walk almost sideways to navigate them.”

Apart from the risk of suffering deep vein thrombosis (DVT) during long-haul flights, there have been a number of incidents resulting directly from cramped airplane conditions, such as the dog who suffocated in 2018 after an attendant insisted his carrier be stowed overhead instead of under the passenger’s seat. FlyersRights.org is also concerned that tightly packed cabins could make it difficult for commuters to evacuate a plane in 90 seconds or less – the federal standard airlines must meet for emergency evacuation.

So who’s responsible for the state of squash? The airlines, certainly. As fuel prices go up, it gets harder to deliver profits to shareholders, so the obvious answer is to cram more commuters into smaller seats on any given flight. Then there’s the FAA. At the moment there are no federal limits on seat width or how close together seats can be. Where there are federal requirements for exit rows, there are no standards for other parts of the plane.

So what’s the FAA doing to make your plane seat more comfortable?

Not much at the moment. But it seems the flying public is losing patience. A FAA spokesman has confirmed they’re aware of the Reauthorization Bill’s direction to regulate seat dimensions and are working on it. At this stage, though, they haven’t commented on how they plan to implement any particular provision of the bill.

What demands are in the pipeline for passenger comfort?

The Reauthorization Bill deals with a number of issues around airline travel including:

Any light at the end of the tunnel?

Help in making air travel more comfortable just might be found in unexpected places. At the moment, long-haul flights – or ultra-long range aircraft (ULRs) – are leading the way. In 2018, Singapore Airlines launched the world's longest flight connecting Singapore and New York, covering 10,337 miles in 19 hours, and Qantas completed its first non-stop flight between Australia and the UK – flying 17 hours from Perth to London Heathrow.

The quest to bring ULR flight into the mainstream could have two positive effects on the elbows, posteriors and pockets of airline passengers. First, there’s a big push to replace fuel-guzzling long range airplanes. Even though the Airbus A350-900 ULR twin-engine aircraft uses 25% less fuel than its predecessor, it still has to carry an additional 24,000 liters of fuel to make 9,700 nautical miles of non-stop flight possible. And the more fuel used, the more expensive the flight.

One of the best ways the airline industry can solve the conundrum of how to carve out more room for travelers while still making a profit with rising fuel costs is to fully electrify commercial aircraft. An electrical transcontinental aircraft could be possible when batteries are capable of producing 400 Watt-hours per kilogram. Lithium-ion batteries are currently able to achieve energy-densities of about 300Wh/kg, which means we’re not too far off.

Secondly, long-distance flights have highlighted the need for improved cabin conditions for passengers spending 19 hours or more in the air. Airbus A350-900 ULRs have higher ceilings, larger windows and lighting designed to reduce jet lag. Higher humidity settings and lower cabin altitude settings are also now possible thanks to new technology, while Airbus is exploring the possibility of adding underfloor sleeping pods or conference rooms in the cargo area. Play spaces for children are also being considered.

If you’re not the kind of person to wait around and you’re looking to travel in comfort and luxury on your next trip, a private jet charter can cater to your every need. Speak to our team online or call us on +1 516 432 5901 for more information or a personalized quote.