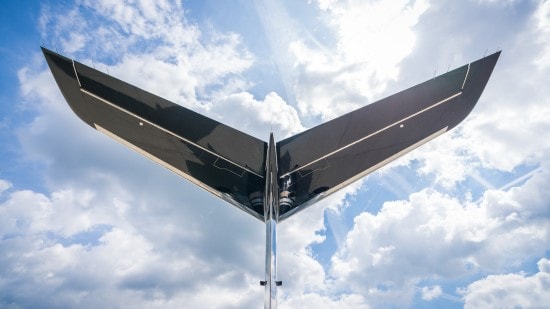 The need for speed is certainly alive in aviation, as manufacturers continue to push the boundaries of modern engineering with aircraft that even break the speed of sound. Here’s our round-up of the world’s fastest private jets.

The fastest private jets in the world

The need for speed is certainly alive in the private jet market. With growing demand for faster aircraft and larger cabins, manufacturers continue to push the boundaries of modern engineering with jets that even break the speed of sound.

Airspeed is often measured in Mach, with Mach 1 (around 761 miles per hour) marking the speed of sound. Most commercial aircraft cruise at around Mach 0.75, but private jets regularly exceed these speeds in their bid to become the fastest passenger aircraft in the skies. Here’s our round-up of the world’s fastest private jets.

Set to be delivered in 2025, the Global 8000 is the world’s fastest business jet. It broke the sound barrier to reach Mach 1.015 during testing and became the first plane to go supersonic using sustainable aviation fuel (SAF). For commercial use, its top speed is Mach 0.94 with typical cruise speeds of around Mach 0.85. Bombardier also claims it has an industry-leading range of 8,000 nautical miles and unrivalled short‑field performance.

Inside, up to 19 passengers can be seated in four seating zones, one of which can be configured as a private stateroom with a lie-flat double bed. There’s a sizable galley at the front of the aircraft along with a lavatory for staff, while a separate enclosed lavatory at the rear of the cabin leads to the baggage compartment.

According to Cessna, the Citation X and Citation X+ can reach speeds of up to Mach 0.935. Although their standard cruise speeds are marginally lower, these super-midsize jets can still fly from LA to New York in around four hours, cutting about an hour off the same journey in a more conventional private jet.

The Citation X+ launched in 2014 with improved seating and an all-new avionics suite. It can seat nine people, with a three-seat divan in the rear section of the two-zone cabin. There’s a large galley for preparing hot and cold meals and an enclosed lavatory at the aft of the cabin.

Learn more about chartering a Cessna Citation X or X+.

Announced in 2022, the Gulfstream G700 reached a speed of Mach 0.99 during testing but has an official maximum operating Mach number of 0.925 and a typical long-range cruise speed of Mach 0.85. Its maximum range of 7,500 nautical miles connects cities like London and Singapore or Los Angeles and Tokyo.

The luxurious cabin is typically laid out for up to 13 passengers across four zones and features a dedicated stateroom in the rear like the Global 8000.
Book your next charter on a Gulfstream private jet today.

Achieving similar speeds to their successor, the Gulfstream G650 and G650ER are renowned for completing long-distance flights quickly and efficiently – in fact, according to Gulfstream, the latter holds the record for the farthest fastest flight in business aviation history. Both jets can cruise at Mach 0.90 (typical 0.85) and complete long-haul flights such as New York to Dubai and London to Cape Town.

Designed with comfort and productivity in mind, the interior can seat 13 or 16 passengers, with a dedicated crew compartment for ultimate privacy in the former layout and an extra living area for passengers in the latter. Both configurations have a forward galley and a forward and aft enclosed lavatory.

Learn more about chartering a Gulfstream G650 or G650ER.

Beginning deliveries in 2018, the Global 7500 is still one of the quickest private jets on Earth. Able to reach speeds of Mach 0.925 and fly non-stop for up to 7,700 nautical miles, this luxurious behemoth can complete almost any long-haul charter.

Inside, the 7500 is typically configured to accommodate 12 passengers and up to 20 suitcases. It’s one of a handful of business jets with four living spaces, a full kitchen and a dedicated crew suite, while a stand-out feature of its award-winning cabin is the hand-crafted Nuage seating found throughout.

Book your next charter onboard a Bombardier Global 7500 today.

Featuring powerful Pearl 15 Rolls-Royce BR700 engines, the Global 5500 and 6500 are incredibly quick, boasting the same maximum speed as Dassault’s Falcon 7X and 8X but with a higher maximum cruising speed of Mach 0.88.

The major differences between these two large private jets is their size and range. The 6500 has a maximum range of 6,000 nautical miles, whereas the 5500’s is 5,900 nautical miles – still long enough to complete long-haul flights like London to Hong Kong and New York to São Paulo. Both have industry-leading interiors with modern amenities and avionics, and the 6500 was one of the first private jets with a stand-up shower.

Contact one of our team today to charter a Bombardier Global 5500 or 6500.

With a maximum operating speed of Mach 0.9, the Falcon 7X and 8X are amongst the most versatile business jets on the market. The 8X is a more modern derivative of the popular 7X with a better range, longer cabin and newer engines and avionics.

Both interiors feature superior soundproofing and wide layouts, with four seats in a club formation at the front and a four-seat conference/dining area in the middle. The back usually includes at least one divan, while two divans can combine to create a large lie-flat double bed at night. There’s also a modern galley at the front and an enclosed lavatory at the rear.

The 7X and 8X are currently available to charter. Talk to one of our team today.

Known as the Global Express XRS until it was rebranded in 2011, the Global 6000 offers excellent short-field capabilities and can fly for up to 12 hours.

Its large cabin has plenty of space and ample legroom for up to 17 passengers. A typical configuration seats 14, with two sets of club seating with conference tables, an aft lounge or bedroom, a full galley and an enclosed lavatory.

Book your next charter of a Bombardier Global 6000 today.

The Gulfstream G550 was released back in 2003 and is still one of the world’s fastest private jets. It reached Mach 0.885 during testing but its top commercial cruise speed is Mach 0.881, allowing for fast city-to-city flights such as London to Tokyo and Washington to Dubai without the need for stop-overs.

This spacious jet sleeps up to eight people and can accommodate 19, although typical configurations seat 12 to 16 passengers. Despite how long it’s been in service, the G550 features the modern technology expected on a private jet – seats have personal audio/visual displays and cabin settings can be controlled via a smartphone app.

Book your next charter onboard a Gulfstream G550 private jet today.

The latest iteration of the 2000 series, the Dassault Falcon 2000LXS boasts impressive long-range capabilities and short-field performance. It has a top speed of Mach 0.862 and a range of 4,000 nautical miles while cruising at Mach .80.

While a few of these jets can fly 19 passengers, most used for charters are typically configured for eight to 12 people with a large cabin that’s easy to move around during a flight. Falcon interiors are renowned for their quietness and the 2000LXS is two decibels quieter than the preceding 2000LX. Even while cruising, noise onboard only reaches the equivalent of a conversation at home or a running refrigerator.

The same is true of the Beechcraft Hawker 4000, which has a max range of 3,100 nautical miles and a top speed of Mach 0.82. Finally, Bombardier’s Learjet 75 can reach Mach 0.81 and is renowned for its high-altitude cruising.

Contact one of our team today to charter one of these speedy private jets.

Most popular private jets to charter in the UK