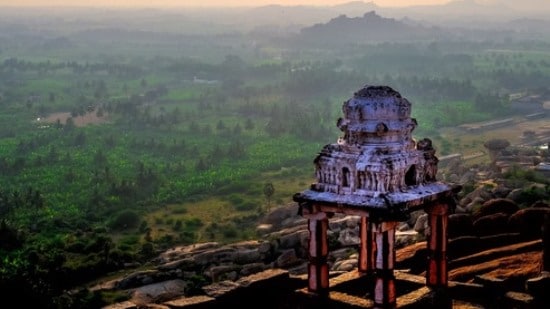 Southern India has a diverse landscape and a distinct culture that sets it apart from the rest of the country. Choosing the best things to do in Southern India can be difficult with so much to choose from. These are our top tips for getting the most out of your trip to Southern India.

There’s a lot more to India than the Taj Mahal. It’s a vast amalgamation of contrasting landscapes, cultures and foods. Whether you’re in the white-tipped summits of the Himalayas or on the golden beaches of Goa, testing out the cuisine in Delhi or doing yoga in Kerala, there really is no end to the amazing options that this country has to offer.

Southern India has flown under the radar for many years when it comes to luxury India travel. Home to sun-splashed beaches, snaking rivers, yoga training studios and lots of affordable accommodation, it used to be an off-the-beaten-track destination for backpackers or those looking for spiritual guidance on a budget.

Flights to India in the last couple of years have increased exponentially, but fortunately, small airports and private jet charters have made the area more accessible for those looking to visit the south in a more luxurious way. What’s more, the area now boasts some of India’s top luxury accommodation options.

Best things to do in Southern India

When traveling to Southern India, you really are spoilt for choice in the activities that you can do, the new exciting things to try and the plush accommodation that you can stay in.

South India is made up of the states of Andhra Pradesh, Karnataka, Kerala, Tamil Nadu, and Telangana. The region has maintained an unmistakably different culture to that found in the rest of the country, and furthermore, each one of the states has its own identity that sets it apart from the other states in Southern India.

There’s labyrinthine temple architecture, ancient ruins, palm-fringed beaches, forest-lined canals and endless spiritual endeavors to choose from. These are just some of the best attractions to choose from when wondering what to do in Southern India.

How to get there: Fly into Hubli Airport, which is just a few hours away from Hampi and the closest domestic airport. The next closest airport is Belgaum Airport, which receives regular daily flights from Bangalore, Chennai, and Mumbai. From either airport, it’s easy to catch a cab or a shuttle arranged by your accommodation.

Where to stay: Evolve Back Kamalapura Palace

Hampi is a UNESCO-designated World Heritage Site where you can explore the remains of the great Vijayanagara Empire. This is one of the top destinations in India for its historical significance. The small village of Hampi was the last great capital of Vijayanagara, which was one of India’s immense Buddhist empires. You can explore ancient ruins and forts that were built in amongst towering boulders. The ruins date all the way back to the 14th century and the 500 monuments spread over 25km.

There is nothing more relaxing than cruising along Kerala’s canals, that are affectionately known as the ‘backwaters’. The slow-moving river and palm-fringed banks hark back to ancient times. Stay the night on a luxurious houseboat, feast on authentic Southern Indian cuisine served by trained chefs, and enjoy the pure serenity that the experience offers. Once you’re done with your sedate luxury cruise, it’s time to explore the area and pamper yourself with a stay at one of the many luxury resorts.

Where to stay: Gateway Varkala Resort

Varkala beach seems to have been dreamed up in a fairy tale and then placed on earth. It has a towering cliff that stretches the length of the beach, giving visitors unending views of the Arabian Sea. A cobbled footpath runs along the cliff and takes you through groves of coconut palms, past small local shops, beach shacks, bars and hotels. This winding path will take you down the cliff and onto the gorgeous beach below. It’s little wonder that Varkala has consistently been voted one of India’s most beautiful beaches.

How to get there: The closest airports to fly into are Madurai in Tamil Nadu and Kochi International Airport.

Where to stay: Forest Canopy Resort

Periyar National Park is one of India’s most famous wildlife sanctuaries. It’s renowned for its large herds of wild elephants and stable population of rare wild tigers. Located in the cardamom hills, the park is surrounded by majestic mountains and has two main rivers that feed the incredible fauna and flora of the park. Game drives and nature walks aren’t the only activity in this picturesque paradise to choose from, there’s also bamboo rafting trips, border hikes, and night jungle walks. This is one of the very few wild places left in India in which you can see a vast array of animals in their natural habitat.

How to get there: There is a small airport at Pondicherry that can accommodate small aircraft, so you could rent a private jet or aircraft from Bangalore and Hyderabad. You can also fly into Kolkata, Kochi, Delhi, and Mumbai. Chennai international is only 135km away.

Where to stay: La Villa or Le Pondy

Pondicherry is one of the lesser-known areas of Southern India. Although it is on the east coast of Tamil Nadu, it is in fact its own separate union territory. In the 18th century, Pondicherry (or Puducherry) was a well-established French colony. The area still has a French quarter and retains much of is distinct French flavour in its architecture and cuisine. The French Quarter and Promenade have a historically colonial charm with a peaceful ambiance, a variety of restaurants and a host of quirky boutique stores. It’s the perfect spot to escape after the hustle and bustle of many of the country’s big cities.

How to get there: Bangalore Airport is the closest international airport to fly into. However, Mandakalli airport is a domestic airport in the city which is equipped for smaller aircraft like private jet charters.

Where to stay: Radisson Blu Mysore

Known as the ‘City of Palaces’ Mysore is located at the base of the Chamundi Hills. It is the second largest city in Karnataka and is one of the best things to do in Southern India. If you have a hankering for royalty and the interesting remnants that they leave behind, then you won’t be disappointed. Opulent monuments, palaces and other places of royal heritage can be found all over Mysore. It was once home to the dynasty of the Wodeyars and is also the place where Tipu Sultan rose and fell. However, it’s not just the interesting history that draws tourists to these parts; it’s also known for its silk, incense and sandalwood production. Another one of Mysore’s draw cards is its thriving yoga scene. In fact, it’s one of the most popular places in India to practice yoga and train to become a yoga teacher.

As you can see, Southern India has a particular charm of its own that makes it a must-visit region when traveling in India. Some of the best things to do in Southern India are in remote, quiet places that can be difficult to get to using mainstream travel methods. The good news is that most are accessible through small, bespoke airstrips that are perfect for light aircraft.

If you’re looking to get the best out of your trip to Southern India, why not charter a private jet to access those beautiful but hard to reach places? If you’d like to know more about our private jet charters then simply contact us to find out more.