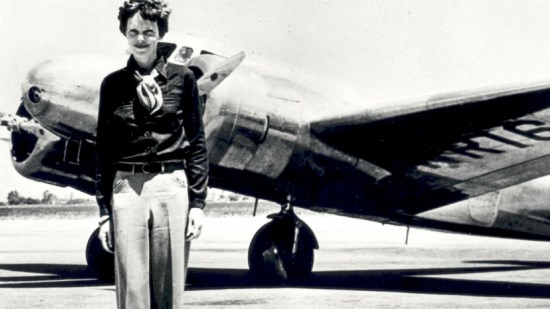 These five famous women are also pilots. Learn who these multi-talented celebrities are, and what inspired their love of flying.

These five famous women are also pilots. Learn who these multi-talented celebrities are, and what inspired their love of flying.

And if you’re thinking these glamorous ladies all learnt to fly so they could pilot their private jets, read on! Their stories include military service, charity work and paying respect to an aviation icon.

In 2009, Gisele Bundchen trained as a helicopter pilot on behalf of the UN. Bundchen was working as a goodwill ambassador on an Environmental Programme, aimed at finding an alternative source of jet fuel. According to Bundchen’s flight instructor Keith Douglass she was a talented and enthusiastic student. Bundchen was also committed, still studying while eight months pregnant. The model, who has appeared in over 800 fashion shows during her 20 year career, is a passionate advocate of environmental causes even outside of her work at the UN, and founded the Projeto Água Limpa (Clean Water Project) in her hometown of Horizontina, which has planted around 40,000 forest saplings.

While filming “Amelia”, a biopic about record-breaking aviator Amelia Earhart, Hollywood actress Hilary Swank learned the basics of flying. It was never intended that Swank would qualify as a pilot; the producers just wanted her to look comfortable in the cockpit. But Swank was inspired by the famous aviator to continue studying for a pilot’s license after the movie wrapped. “This was a woman who made no apologies for living her life the way she wanted,” Swank told Access at the film’s junket, “I am so inspired by that”. Earhart, the first woman to fly the Atlantic, was lost at sea with her navigator while trying to circumnavigate the globe, after setting many world records and receiving the U.S. Distinguished Flying Cross.

Gul Panag is a Bollywood film star, model, and former Miss India, who stood for political office on behalf of an anti-corruption party in 2014. In November 2016, Panag qualified as a pilot after beginning her studies in 2013. Panag explained to the India Times that training as a pilot is the fulfilment of a teenage dream. “I used to pass the flying academy in Patiala every day on my way to college” she said, “and I just wanted to be a part of it”. Panag is also heavily involved in charity work and social causes, particularly around gender equality in India. She has said she was delighted by the reaction from women in her native India at her qualification as a pilot. “I’ve got messages saying ‘You’ve proved to us that there are no limits for women’”, Panag told Vogue. Since mastering the skies, the actress and politician is exploring a love of racing, driving in the Formula-E tournament in Barcelona.

Angelina Jolie – star, actress, model and humanitarian – is well-known for her love of aviation. She became a student pilot in 2004, a private pilot in 2005, and she flies a $360,000 Cirrus SR22, one of the fastest single-engine aircraft in the world. The actress started pursuing a pilot license after realising what it would mean to her son Maddox “Every time Mad sees a plane, he's amazed,” she told the Daily Mail. “If I could actually fly a plane... I'll be like Superman to him.” The much-photographed star explained to Vanity Fair in 2010 that her plane is "the only place I'm completely alone—up in the air, detached from everything." Not content with flying within the Earth’s atmosphere, Jolie has expressed an interest in being a space traveler on Richard Branson’s Virgin Galactic.

A graduate of the US Naval Academy, Fox news correspondent Lea Gabrielle served in Iraq and Afghanistan as a fighter pilot. Flying a a single-seat F/A-18 Hornet, Gabrielle provided support for ground troops operating off the USS George Washington aircraft carrier. She also served with U.S. Special Operations as a human intelligence officer in Afghanistan, and found time to qualify as a commercial pilot too. Gabrielle has said her interest in aviation was sparked by seeing the Blue Angels perform at an airshow as a girl. Once she started flying in the Navy, first in T-34s at Naval Air Station Pensacola in Florida and later in the T-45 Goshawk in Kingsville, Texas, Gabrielle’s goal was always to become a fighter pilot. In 2009, Gabrielle left the Navy to retrain as a journalist at the New York Film School. She started out as a military reporter for San Diego-based KNSD-TV, and before joining Fox News in 2013. As a reporter, Gabrielle has interviewed President Barack Obama in the White House and covered numerous stories such as the lifting of the ban on women in combat, the Chris Dorner manhunt, and the attack on the U.S. consulate in Benghazi, Libya.