Leading private jet specialist, Air Charter Service, has appointed George Rolls in the role of Director, Private Jets as it looks to the next stage of its expansion.https://aircharterservice-globalcontent-live.cphostaccess.com/images/usa/news/581546_george_rolls_new_tcm61-52664.jpg 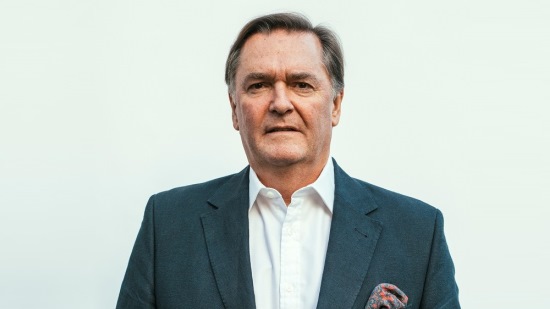 Leading private jet specialist, Air Charter Service, has appointed George Rolls in the role of Director, Private Jets as it looks to the next stage of its expansion.

Speaking on the announcement, ACS’s CEO, Justin Bowman, said: “We are looking towards facilitating the next five years of growth – to do this we will be expanding not only our global network but also managing significant investment in technology and, potentially, new acquisitions of complementary businesses. George’s profile, contacts and extensive understanding of our industry will greatly enhance our experienced team.”

George was Chairman of PrivateFly during 2017, at which time he led activities for shareholders, finally resulting in the acquisition of the charter brokerage by Directional Aviation Capital. George also has extensive experience in the world of private jet management, having spent six years with operators Hangar 8 and Gama Aviation. As Senior Independent Non-Executive Director, he also advised on Hangar 8’s listing on London’s Stock Exchange, introducing both the acquisition of International JetClub (IJC) and the introduction and subsequent reverse takeover of Gama Aviation, where he continued in his role as Non-Executive Director helping with the integration of the two businesses.

His career over the past 30 years has seen him involved in a variety of sectors as either director, manager or advisor and has overseen several mergers, acquisitions, fundraising and disposals in both private and public companies.

George Rolls said of his appointment: "I have known Chris Leach and his superb team for many years. I am delighted to be joining a world class business where I can use the experience I have gained over the years in the aviation space with the impressive global infrastructure ACS has to offer”.

George is a trained helicopter pilot, a trustee of the Geoffrey de Havilland Flying Foundation and has served as Honorary Secretary to the Royal Air Squadron. He started his role at ACS at the end of September.

We are a global company with 23 worldwide offices, spanning all six major continents and we offer private jet, commercial airliner and cargo aircraft charters, as well as onboard courier solutions. We arrange almost 15,000 contracts annually with revenue of close to 700 million dollars. We were formed in 1990 by Chairman Chris Leach and CEO Justin Bowman in the basement of a house, and we now employ almost 500 staff worldwide.