In 2016 Air Charter Service raised a record amount of £59,403.50 for their chosen charities through a variety of fund-raising activities.https://aircharterservice-globalcontent-live.cphostaccess.com/images/usa/news/163994_acs20charity_tcm61-40018.jpg 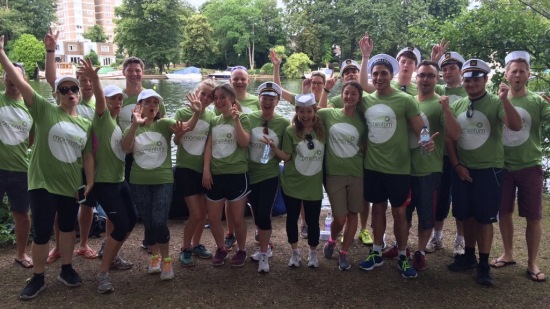 Last year Air Charter Service raised a record amount of £59,403.50 for their chosen charities across a variety of fund-raising activities arranged by the company’s Charity Committee.

The impressive sum was raised through events such as a company ten-pin bowling competition, a summer garden party, the Dragon Boat Race along the Thames, a charity quiz night and the Christmas party. Group Company Secretary and head of the Charity Committee, Tina Leach, commented: “We are delighted to be able to donate such a large amount to our chosen charities this year. Along with various personal efforts for other individually chosen charities, we currently support four main charities that were voted for by our employees. These are The Dysart School, Momentum, Macmillan Cancer Support and Save the Children.”

The Dysart School is a school for children with learning disabilities, opposite ACS’s London HQ. Momentum is a Surrey-based charity-funded organisation that supports families whose children have life-limiting conditions. Macmillan Cancer Support is a charity which offers support through from the initial diagnosis of cancer to after care in the UK. Save the Children is an international charity which runs world-class programmes to save children’s lives and challenge world leaders to keep their promises to give children a brighter future.

We also have an ongoing, long term project that benefits from ACS’s fundraising, which is HEAL. Over the past six years ACS’s donations have paid for a new IT classroom and library for the HEAL orphanage and school in Andhra Pradesh, India.

In October of last year ACS’s Chairman, Chris Leach, committed to donating annually to War Child to help children that suffer as a consequence of conflict.