From flying 90 tonnes of ketchup to transporting the world’s heaviest woman, here are the most unusual cargo charter requests we’ve receivedhttps://aircharterservice-globalcontent-live.cphostaccess.com/images/usa/news/705989_unusual_charters_tcm61-46068.jpg 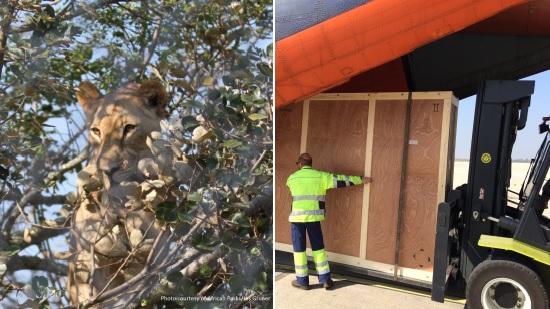 No two jobs are the same in the world of private aviation. Award-winning aircraft charter company Air Charter Service reveals its most unusual cargo charter requests, ranging from flying 90 tonnes of ketchup across the USA to transporting the world’s heaviest woman.

It’s hard to believe that desert-covered Egypt could need more sand, however ACS was once tasked with arranging an aircraft to fly 13 tonnes of the yellow stuff from Rome to Cairo in a Russian-built AN-12. While this initially seemed like a ludicrous request, it turned out the shipment was for a glassmaking company that needed a special type of sand which wasn’t available in Egypt.

ACS arranged to transport the former world’s heaviest woman, Eman Ahmed, from her native Egypt to Mumbai, India for life-saving surgery following an online fundraising campaign. A cargo flight was needed to fly the 36-year-old elephantiasis sufferer, who weighed around 500kg, in a modified Egyptair Airbus 300-600. ACS has also arranged other medical-related charters, such as couriering an urgent shipment of HIV medication from New York to Nigeria before a patient’s supply ran out; and chartering specialist ‘dangerous goods’ aircraft to move a radioactive liver cancer treatment from Frankfurt to the UK.

ACS is often called upon to help transport emergency supplies of fast food – fast. One restaurant chain chartered a Boeing 747 to fly 90 tonnes of tomato ketchup across the USA before hundreds of branches ran out, while another requested a B737-300F to whisk 14 tonnes of burgers from Belgium to Sweden for the launch of a new burger – along with copious amounts of dry ice to ensure the meat didn’t defrost in transit. ACS even once chartered a Boeing 727 to transport over 17 tonnes of ham to Puerto Rico after an administrative error meant the entire island almost ran out of the popular meat. On a sweeter note, the company also arranged to fly 100 tonnes of confectionary to a warehouse in Peru after a fire depleted its stock.

When a major design label needed to fly over 400 dresses, 72 pairs of shoes and 40 pairs of trousers from Milan to the French capital in time for Paris Fashion Week, ACS worked through the night to charter a mixture of cargo and passenger aircraft to safely transport the delicate, high-value garments. Other last-minute fashion requests include flying a plane-load of sports shoes to Mexico and sourcing an onboard courier to deliver a designer top from China to a London photoshoot.

ACS also regularly assists with conservation projects, such as chartering a flight for seven wild lions from South Africa to Rwanda to help reintroduce the big cat following the country’s 1994 civil war. Two males and five females travelled 2,500 miles, mostly by air, in an Antonov An-26 which had adequate room and ventilation for the animals.

When a museum in Morocco wanted to borrow some priceless art by Pablo Picasso from another institution in Paris, they soon realised a scheduled flight couldn’t carry the unusual three-tonne load, which comprised 11 reinforced wooden boxes up to 2.38m high. ACS came to the rescue, sourcing an Antonov-12 and instructing the pilots to fly lower than the usual 30,000 feet in order to avoid damage to the artwork.