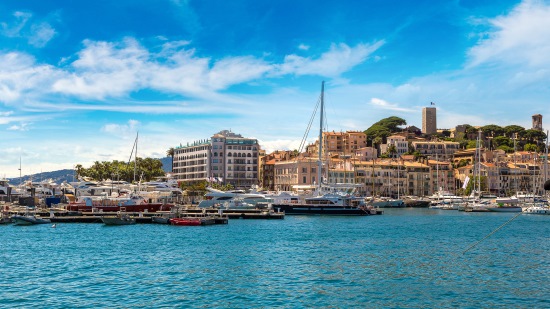 Andy Christie, ACS’s Global Director of Executive Jets, said: “We analysed the WingX figures for Cannes-Mandelieu Airport for last May to see just how much of a boost the airport gets during and directly after the star studded festival. It is already hugely popular over the summer months, always featuring in our clients’ top five summer destinations. Looking at the data for the day that the festival finished and the day after (28th-29th May 2017), we saw that they were the two busiest days for private aircraft movements for the whole year – 37% higher than the next most popular day, in the height of summer.

“During the summer Cannes-Mandelieu is open from 6:00am until half an hour after sunset, meaning that private jet flights at the airport last May were departing at a rate of more than one every 15 minutes.

“Another interesting thing we noticed is that the percentage of flights on larger jets drastically increases. Compared to the year’s overall average, ultra-long range jets’ usage increases three-fold on those last two days of the festival, on aircraft such as such as Gulfstreams and Bombardier’s Global range. Also flights using mid-size and super mid-size jets more than doubled as well, compared to the average annual percentage.”

Christie concluded: “In terms of where people were flying, it is interesting to note that less than 5% of the trips were for longer than three hours, indicating most people attending were staying within Europe afterwards, with London Luton proving to be the most popular destination.”