Leading aircraft charter specialist, Air Charter Service, is continuing its commitment to investing in Australia, with the expansion of its Sydney operation.https://aircharterservice-globalcontent-live.cphostaccess.com/images/usa/news/875739_syd_office_tcm61-55148.jpg 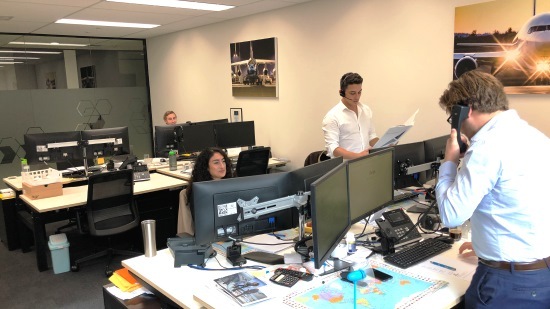 Leading aircraft charter specialist, Air Charter Service, is continuing its commitment to investing in Australia, with the expansion of its Sydney operation.

After opening its doors for the first time three years ago, ACS Australia has tripled in size, and the move is necessary to facilitate the planned future growth. Paul Crook, CEO of ACS Australia, said of the move: “As we plan to continue to invest in our operations in the region it became clear we needed more room – this new office affords us almost twice the floorspace of the last premises, with enough room for expansion for the foreseeable future. We are looking to recruit more aviation specialists to our team in the second half of this year. Last year we almost doubled the size of our team and they all hit the ground running, as we were up 32% in charter numbers and we are going well so far this year

“The Australian economy presents its own challenges, but it is pretty robust at the moment – the country has the 13th-largest national economy by nominal GDP and, in 2018, Australia became the country with the largest median wealth per adult. Along with this, we believe that, due to the country’s geography, there is a large potential charter market for us to build on.

“We haven’t moved far from our old office – we are just a street away from our original home. It is an exciting time for ACS Australia.”