Which sporting events will generate the most private jet business in 2016?

With such a big year for sports tournaments and events, leading aircraft charter specialist, Air Charter Service, has said that it expects more business from some than others.https://aircharterservice-globalcontent-live.cphostaccess.com/images/usa/news/579774_stade_de_france_tcm61-35802.jpg 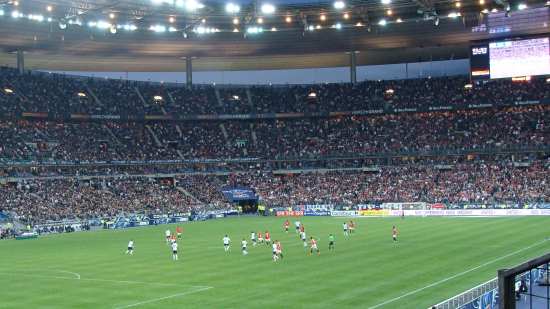 With such a big year for sports tournaments and events, leading aircraft charter specialist, Air Charter Service, has said that it expects more business from some than others.

Justin Bowman, ACS’s CEO, commented: “2016 is a busy sporting year, with the Olympics in Brazil and the European Football Championships in France, on top of busy annual tournaments, such as the rugby union Six Nations, the Super Bowl, the Champions’ League and the Kentucky Derby.

“However, we expect that not all of these will prove busy for the charter market. The Olympics, for example, takes place over the course of a whole month and all in one city. This really means that only very few will choose to travel to it in the luxury of a chartered jet. We saw very little inbound activity in 2012 to the London games. We believe that the busiest will be the European Football Championships, with a lot of corporate entertainment planned. We have already booked almost 50 charters to and from the tournament. With matches dotted around the country, chartering becomes a much more attractive option than coach journeys and high prices on scheduled airlines’ flights.

“Also, with the championships taking place in France, day trips are possible – arriving a few hours before the match, soaking up the atmosphere, and leaving soon after the match finishes. And, should a match go to penalties, the chartered aircraft will sit and wait for you.”

ACS has already booked around 5,000 rugby fans on chartered aircraft to the Six Nations this year, as well as arranging many flights for various Champions’ League ties.

Bowman added: “Depending on who reaches the Champions’ League Final at the San Siro stadium in Milan, we may see a spike in charter demand. For the 2009 final at the Stadio Olimpico in Rome between Manchester United and Barcelona we flew almost 4,000 fans, sponsors and teams.”