Popular in the US, the Convair CV580 is suited to ‘go now’ flights, particularly in the automotive industry. It has good payload capacity for its class and twin turboprop engines to suit domestic, short haul flights. As a cargo aircraft it can carry up to 7,030 kg and has a total load volume of 67 m³.

The conception of the Convair CV-580 came about after the realisation that using a turboprop engine instead of a round engine had many benefits. Convair found that by adding a turboprop engine to existing aircraft models, such as the CV-340 and CV-440, the planes would perform better, with increased cruising speeds and range.

The CV-580 was made in collaboration with Pacific Airmotive using an Allison 501-D13 turboprop engine, which was installed into a Convair CV-340 or CV-440 aircraft. The vertical fin of the aircraft was also enlarged and the horizontal stabilizers were improved. Each conversion cost around $228,113 and took approximately 60 days to complete. In total, 170 CV-340s and CV-440s were converted into CV-580s. The aircraft can be configured as a passenger plane or a cargo aircraft. In its passenger format the aircraft can seat 32-50 people.

The Convair CV-580 was manufactured from 1947 to 1954 and the first CV-580 took flight on January 19, 1960. Frontier Airlines was the first to take on the Convair-580, with the first flight on June 1 1964. The CV-580 was later also in operation by Sierra Pacific Airlines, American Airlines and North Central Airlines. The remaining aircraft are now used predominantly for cargo charter.

Convair Aircraft Corporation, previously headquartered in California, was an American airplane manufacturer that started manufacturing airplanes in 1943 and ceased trading in 1996. Convair was formed after the merger of Consolidated Aircraft and Vultee Aircraft, and went on to produce aircraft including the Convair-880, Convair-990 jet and the Convair XC-99. Convair later diversified into spacecraft manufacturing and created the first Atlas rockets, including the rockets that were used during Project Mercury (1958-1963), the first human spaceflight program in the United States. In 1994, Convair was sold to McDonnell Douglas and the company dissolved.

During the seven years in which Convair manufactured the CV-580, 184 aircraft were made. The plane has not been produced since 1954, but the aircraft is still used for cargo transfer and can be found for sale on various aviation sites. At the time of this pages publication, the CV-580 was listed for sale on flightplanet.com, controller.com and aerotrader.com priced between $650,000 and $1,200,000.

From 1975-1976, Sierra Pacific Airlines operated a non-stop service during the ski season from the Mammoth Lakes ski resort to Los Angeles, Las Vegas and Fresno using the Convair CV-580.

On Sunday August 4 1968, a Central Airlines Convair CV-580 collided with a private Cessna 150 N8742S in mid-air at 2,700 feet. Low visibility was the main factor blamed for the collision with visual detection capabilities reduced by a buildup of insect smears on the front windshield. The CV-580 made an emergency landing at Milwaukee, Wisconsin, with all passengers surviving. The three people on-board the Cessna aircraft died in the accident.

If you would like to charter this aircraft please visit our cargo charter page. 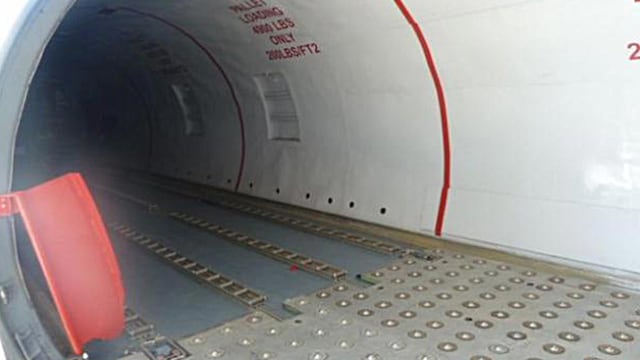 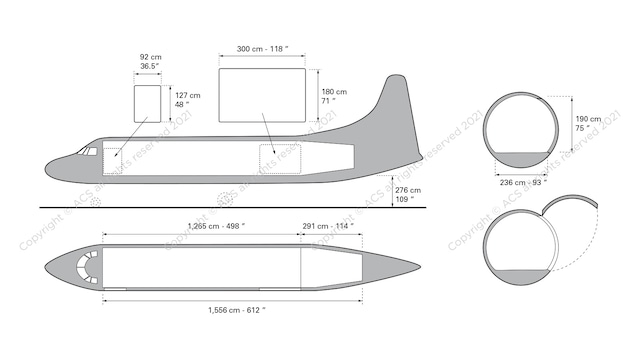