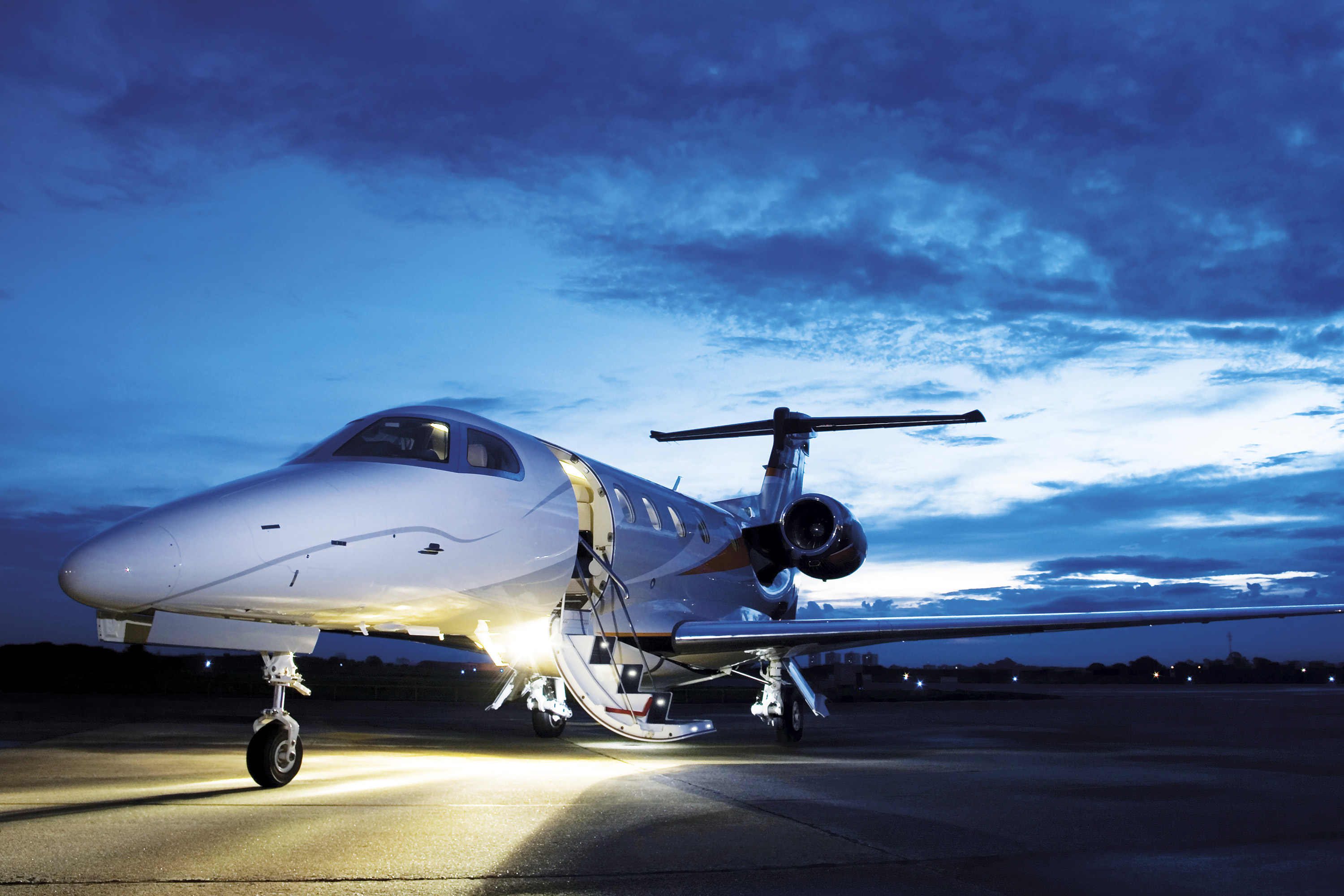 The Embraer Phenom 300 is a twin-engine luxury aircraft. Manufactured by Brazilian aerospace conglomerate Embraer and designed in collaboration with BMW DesignworksUSA, this model was created for best-in-class performance with a design focus on user experience. As Embraer prides themselves on innovative design, the Phenom 300 was designed from scratch, and was manufactured between May 2007 and April 2008.

Despite the standard length of 51.2 ft (15.6 m), the Phenom 300 achieves the most spacious interior of any light-jet on the market with 17.2 ft (5.2 m) of internal length and a high ceiling. This is due to Embraer’s OvalLite™ design – created in collaboration with BMW – which maximizes space and ensures a quiet cabin. In addition to more space for passengers, the Phenom 300 provides the largest baggage capacity (74 ft3 / 573 lbs) in its class.

The Embraer can comfortably accommodate up to 10 people, including the pilot and co-pilot. This is done through the addition of either an extra chair, or a divan, located in the front of the six-seat cabin.

The interior is built for both comfort and entertainment, and is highly customizable. The leather chairs can fully recline, swivel, move forward and back, and control cabin temperature (VIP chair only). The entertainment system includes a 10.4 inch TV with a CD and DVD player, high speed in-flight internet access, a satellite phone system, and wireless headphones. The cabinets to the front of the cabin contain a coffee maker, drinks cabinet, and ice drawer. Surfaces can be custom-made with wooden veneer, laminate, leather, or carpet.

The 11 galley windows (the largest in the Phenom 300’s class) are positioned to provide as much light and visibility to the seating as possible. The signature “air stair” leads to the largest entrance door area in class. A cabin altitude of 6,600 ft at the cruising altitude of 45,000 ft ensures passengers arrive at their destination fully rested, free from the effects of high altitude.

In May 2005, Embraer began designing two new planes, creating white-paper designs for both the Phenom 300 and its smaller counterpart, the Embraer Phenom 100. While both were created with the same design philosophy; the Phenom 100 was a smaller, lighter, and more affordable version of the 300. At 2,416 lbs, the 300 is heavy for its class, and nearly double the weight of the Phenom 100. This weight, however, is utilised well with a higher operating altitude, range and speed.

While designing the Phenom 300, Embraer utilised the feedback they received from the smaller model to inform their design decisions. Before reaching the manufacturing stage, the Phenom 300’s cabin was extended and the floor plan flexibility increased.

Embraer, a 50-year-old Brazilian aerospace manufacturer, is the third-largest commercial jet manufacturer in the world. The company has 18,000 employees, and has delivered over 8,000 aircraft. Their aim has always been to remain at the forefront of avionics, so they continuously reinvent their product designs with every new line of aircraft. Each year, 10% of Embraer’s total revenue goes towards research, development, innovation, and improvement of their industrial solutions.

The company was founded with the help of the Brazilian government in 1969, and has factories, centres, and offices in the Americas, Africa, Asia, and Europe. Their aircraft production and design started with the Bandeirante, according to the manufacturer “a turboprop plane designed for both civilian and military purposes, with the capacity to transport between 15 and 21 passengers”, which was successful enough to propel the business into their next projects. The word Bandeirante originally referred to the Portuguese settlers of Brazil, who expanded the limits of their empire, language and culture. Embraer strives to do the same for Brazilian aviation. Today, an Embraer aircraft takes off every ten seconds, and Embraer carries an average of 145 million passengers a year.

If you would like to charter an Embraer Phenom 300 or any of a wide range of aircraft, please visit our private jet charter page.

Virtual Tour of the Embraer Phenom 300 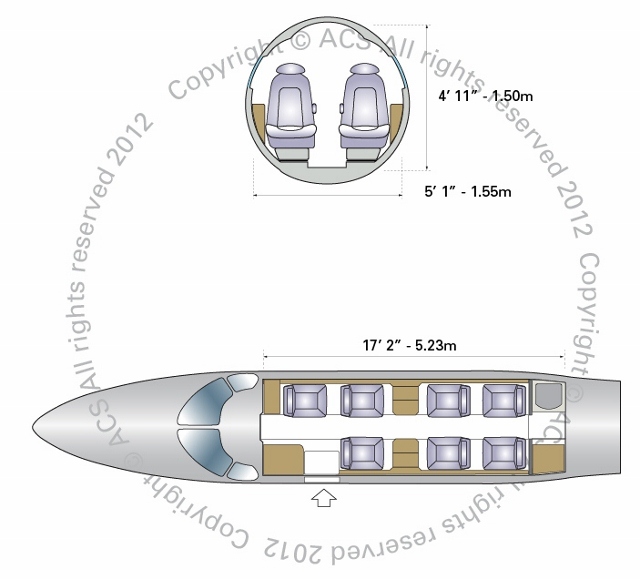