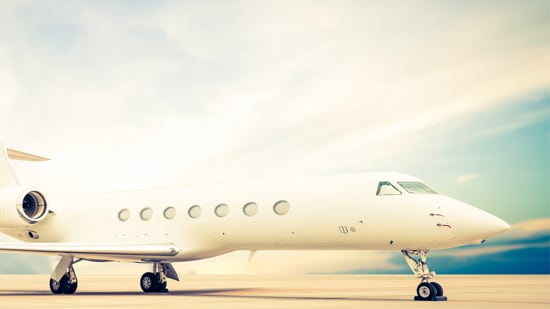 Heading to Miami, Florida? Whether you’re visiting for a beach holiday or business trip, hire a private jet charter Miami to travel there in style.

Hiring a Private Jet to Miami

Whether you’re traveling to Miami for business or leisure, why not start your trip in comfort and style by chartering a private jet? Enjoy the convenience of smoother check-ins and amenities such as extra luggage space, personal flight attendants, and separate cabin zones for working, sleeping, dining, and entertainment. We have a range of luxurious private jets to suit all needs, from light aircraft for up to eight passengers and heavy jets for parties of 16 or more.

If you’re traveling in a small group, an economical light jet such as a Cessna or Hawker is ideal. The Cessna Citation CJ4 has an impressive range, quiet six-seat cabin, and multimedia resources. Heavy jets like the ones from Gulfstream, Bombardier, and Embraer are great for larger parties. The Gulfstream V seats up to 16 passengers and has an ultra-long range. For a real VIP experience, select an aircraft like the Airbus A319 CJ which has an office, bedroom with shower, and dining space.

New York to Miami is one of the most popular private jet routes in America and takes just three hours. The most common New York airports to fly from include:

Most flights land at one of these destinations in Miami, which are considered some of the best airports for private jets in Florida:

Hiring a private jet from New York to Miami costs from $16,600 in a light jet, while prices for a heavy jet start at $39,000. Los Angeles to Miami is also a common private jet route which takes just under five hours and costs from $29,900 in a light craft to $61,400 in a heavy craft. Let us arrange a quote for your private jet charter to Miami.

Miami has something to offer everyone, from palm-fringed beaches to international cuisine, designer shopping, and vibrant nightlife. The city’s most well-known attraction is South Beach, which runs parallel to famous Ocean Drive, with its colorful art deco buildings, white sands, and topaz water. For the most idyllic sea views, take a stroll down the Miami Beach Boardwalk all the way to leafy Lummus Park. If South Beach is too busy for you, try Bill Bags Beach at the tip of Key Biscayne Island which has a striking white lighthouse.

Explore the streets of Little Havana, Miami’s Cuban quarter, where you can sample traditional cuisine and visit historic hotspots like the Tower Theater and Máximo Gómez Park. For more history, tour one of the grand Miami mansions such as the Vizcaya Museums and Gardens, built over 100 years ago by the famous millionaire James Deering. The Everglades National Park lies just an hour away from Miami and has over 1.5 million acres of swamp, jungle, and prairies which is home to 14 endangered animal species.

Where to Stay in Miami

For superb sea views book a suite at the tallest hotel in South Beach, The Setai. The 40-storey hotel has an Asian-inspired design, three pools, a golf course, spa, and Mediterranean fine dining. A double room costs from $760 to $1,100 per night depending on the season. If you’re doing business in downtown, EPIC Miami is ideal. The rooms cost from $165 to $285 per night and have glass balconies as well as huge windows overlooking the Miami River and Biscayne Bay. There’s also a pool, spa, and Japanese dining at Zuma restaurant.

For a luxury break, stay at the five-star St Regis Bal Harbour Resort which boasts two pools, an award-winning Remède Spa, and four restaurants including the J&G Grill run by celebrity chef Jean-Georges Vongerichten. Stay in a beach villa with a wet bar and private butler. Bal Harbour is located in the exclusive northern tip of Miami Beach and a stay costs from $439 in low season to $682 in high season.

Whether you’re traveling to Miami for a vacation or business trip, a private jet offers the ultimate in convenience and comfort. We can arrange a charter to Miami from anywhere in the country, just ask us for a quote.